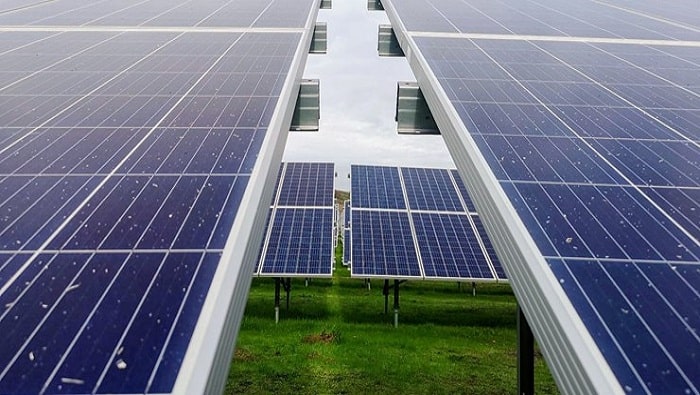 Iberdrola continues to lead in the roll-out of renewable projects, with the commencement of the proceedings for the project at Otero PV which, with an installed capacity of 505 MW, will become the biggest photovoltaic plant in Castilla y León and the second-largest in Europe, following the commissioning of the Núñez de Balboa PV (500 MW) and the Francisco Pizarro project (590 MW), which is at the start of the execution stage, also being developed by the company in Extremadura.

The Otero photovoltaic plant will be built in the municipalities of Marazuela, Marazoleja and Anaya, in the province of Segovia, and represents an investment of nearly €220 million.

Its construction will have the benefit of a significant local component, both from industrial suppliers and through the involvement, at peak work times, of up to 1,100 workers. For this development, the company has grouped together plots belonging to as many as 150 local owners, who will also benefit from the project.

Once operational, the plant will generate enough clean energy to supply a population equivalent to 290,000 homes and will avoid the emission of 182,000 t CO2/year.

With the Otero PV, Iberdrola is reinforcing its leadership in Castilla y León, where it already manages 5,100 MW (hydro and wind), making this autonomous community the region in which the company has installed the most “green” megawatts.

In the region the company is building three wind farms in Herrera consisting of the most powerful wind turbines installed in Spain and is also developing the Buniel wind power complex in Burgos, in partnership with the Caja Rural de Soria, as well as the Valdemoro wind farm, whose 164 MW of installed capacity make it one of the company’s and the nation’s largest facilities.

The company’s photovoltaic commitment in the region is rounded off by another 800 MW in progress, split between Salamanca and Palencia, including the photovoltaic plants in Ciudad Rodrigo (300 MW), Velilla (400 MW), Revilla Vallejera, Ballestas and projects in Villarino.

Iberdrola will be developing more than 2,400 MW in the region over the coming years in renewable projects – wind and photovoltaic – for which it will allocate investments in excess of €2 billion. This amount of resources will galvanise the industrial sector and create 24,000 jobs, according to estimates by the National Integrated Energy and Climate Plan (PNIEC).

Green investments to promote the recovery of the economy and employment

Iberdrola is convinced that the energy transition can act as a key vector in the transformation of the industrial fabric and the green recovery of the economy and employment. With this in mind, Iberdrola has launched a historic investment programme worth €75 billion for 2020-2025, with the aim of doubling its renewable capacity and taking advantage of the opportunities provided by the energy revolution that the world’s major economies are facing.

Investments in Spain for the period amount to nearly €14.3 billion, half of which – over €7 billion – will be earmarked for new renewable projects, while €4.5 billion will go towards fortifying and continuing to digitalise the electricity grids.

After 20 years promoting the energy transition in Spain, Iberdrola leads in renewable energy in the country, with an installed renewable capacity exceeding 16,700 MW at September 2020 – an amount that rises to more than 33,000 MW worldwide, making its generation facilities among the cleanest in the energy sector.

With CO2/kWh emissions already two-thirds below the European average, the investment strategy in networks and clean energy will make Iberdrola a “carbon neutral” company in Europe by 2030.