The Custodian of the Two Holy Mosques, King Salman bin Abdulaziz of Saudi Arabia officially commences the ground-breaking ceremony for the 300 MW Sakaka PV IPP – the first renewable energy project under King Salman Renewable Energy Initiative – as part of the King’s welcoming reception in Al Jouf. His Royal Highness Prince Mohammed bin Salman bin Abdulaziz, the Crown Prince, Vice President of the Council of Ministers, Minister of Defense and Chairman of the Public Investment Fund, also graced the event with his presence, marking the significance of the occasion.

Commenting on the occasion, Mohammad Abunayyan, Chairman of ACWA Power, said: ” We commenced the year 2018 with King Salman bin Abdulaziz’s presence at the opening ceremony of Sakaka PV IPP last February, which garnered great pride and excitement as we announced the establishment of the first solar energy project in the Kingdom by a Saudi company and national affiliates.

Today, we renew our pride and honor as King Salman bin Abdulaziz graciously grants us the starting signal to commence the construction and operation of Sakaka PV IPP. The project is marked as the first project under the progressive initiative to benefit from renewable energy in the Kingdom and is set at a world record-breaking tariff that will transform the photovoltaic solar energy sector across the globe.”

Mohammad Abunayyan added: “We are immensely proud to take part in the first clean energy project in Saudi Arabia that contributes to the sustainable transition of the Kingdom. The Sakaka PV IPP is testament to the directives of the Custodian of the Two Holy Mosques, King Salman bin Abdulaziz Al Saud, and translates his vision announced at the inauguration of the Seventh Session of the Shura Council, which stems the adoption of economic diversification to develop a sustainable competitive economic foundation that caters to the needs of present and future generations.”

“We look forward to utilising our expertise gained from renewable projects across the globe to develop and advance the capabilities of the renewable energy sector in the Kingdom. In line with the objectives of the Saudi Vision 2030 and the directiveness of King Salman bin Abdulaziz Al Saud, we are encouraging active participation of the sector and creating employment opportunities to Saudi nationals while cultivating a knowledge-base for the future of renewables within the country.”

The event took place following an announcement last week of the successful financial closure of the c. SAR 1.2 billion project by ACWA Power, a leading developer, owner, and operator of power generation and water desalination plants.

The commercial operation date of the plant is expected to be next year. Upon completion, the 300 MW Sakaka PV IPP will supply 45,000 households with power in Al Jouf, while offsetting over 430,000 tonnes of carbon dioxide a year. The project will also create new employment opportunities in fields including construction and operations. 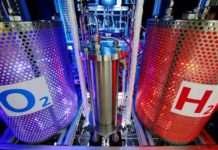 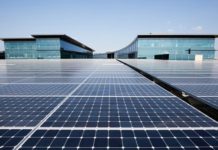