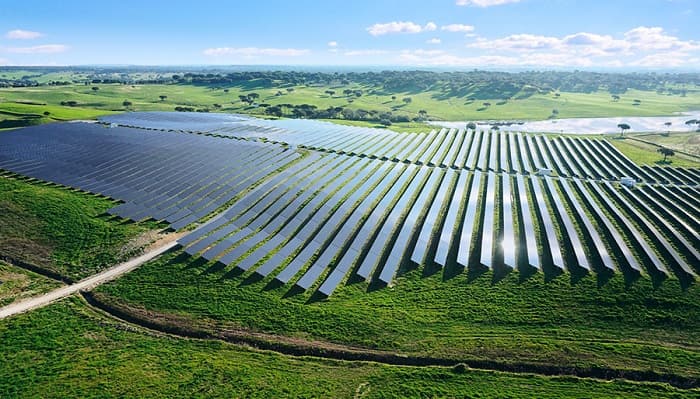 Located in northern Victoria, the plant features 373,839 solar panels spanning 515 hectares. It will generate 255 GWh/year of clean energy that powers key infrastructure such as the Melbourne tram and Laverton Steelworks. The project has created almost 300 jobs in the Numurkah region during the construction phase and will offer more employment opportunities during its service life in Victoria.

“The Numurkah Solar Farm will play an important role in supporting the transformation of our energy system towards clean, renewable energy and reaching our renewable energy target of 50% by 2030.” Victoria Minister for Energy, Environment and Climate Change Lily D’Ambrosio said at the opening ceremony of this project.

With a total investment of $198 million by French renewable energy producer Neoen, the project was also significant for marking the achievement of their first Gigawatt project in Australia. The Australian Clean Energy Finance Corporation (CEFC) described the Numurkah project as a “path-breaking example of how solar energy can deliver a cost-effective solution for Victoria’s energy-intensive manufacturers.”

Australia is one of the most developed photovoltaic regions in the world. The country’s Renewable Energy Target (RET) committed to at least 20% of Australia’s electricity from renewable sources by 2020.

“LONGi has established its Australia subsidiary company in 2019 to expand the solar market and provide local support and services in Australia.” said Dennis She, Senior Vice President, LONGi Solar, “We are working towards the goal of delivering sustainable, reliable and clean energy to all Australians.”

As a global leading solar technology company, LONGi will continue to provide high-efficiency monocrystalline products to meet the worldwide demand and lead the energy transformation to achieve 100% renewable energy in the electricity mix by 2050.