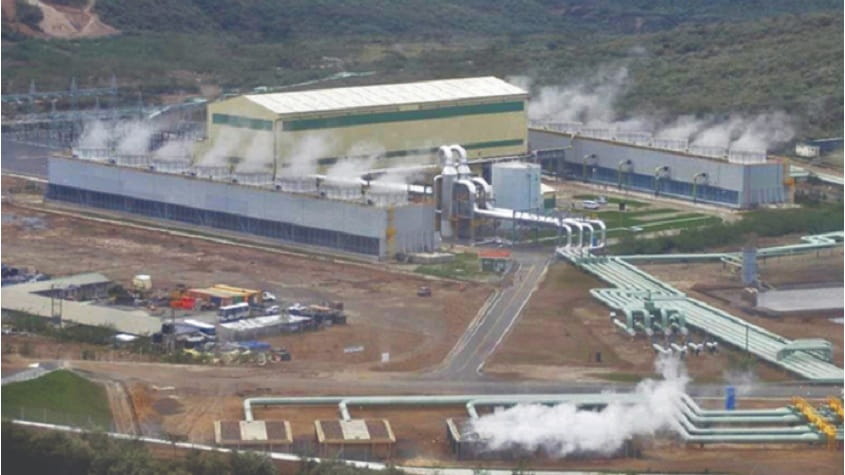 And the country is poised to add substantially more geothermal-sourced power to its grid in the next few years, a trend noted in other countries trying to diversify their energy portfolios, and where geothermal potential exists.

The state-run Kenya Electricity Generating Co. (KenGen) in February announced it wants to add 1,745 MW of geothermal generation by 2025; by comparison, the country at present has installed total power generating capacity from all types of 2,370 MW. Most of that capacity 1,631 MW, of which 533 MW is geothermal is owned and operated by KenGen.

The Kenyan government has a new energy policy that directs KenGen, along with the country’s independent power producers, to eliminate fossil fuel-powered generation; the Kenya Vision 2030 energy plan pushes for the majority of the country’s electricity to come from renewable sources, at utility scale, commercial and industrial scale, and as off-grid solutions, in 2030 and beyond.

“Going forward, the government policy, which all generators including KenGen and including independent power producers, is to eliminate generation from fossil fuels,” Moses Wekesa, the country’s business development director, said during a tour of KenGen’s geothermal plants in February. Electricity demand is growing in Kenya. The government expects year-over-year demand growth of about 8% over the next three years, then rising another 9% in 2021 before stabilizing at about 7% per year after that. Said Wekesa: “First, as a rule of thumb, your supply must always be ahead of demand. The reason being that it takes a while to put up a power plant.”

“The conditions in Kenya are ripe for geothermal development, with a supportive government, demonstrated history of successful projects, and a rapidly-growing economy hungry for cheap and reliable electricity,” said Andrew Palmateer, program director for the United States Energy Association, in a March interview with POWER. “As a clean, renewable, baseload electricity source, geothermal is well-positioned to increase its share of the electricity mix in Kenya.”

Other African nations, including Djibouti, Comoros, Eritrea, Tanzania, Uganda, and Rwanda, are exploring geothermal, and Ethiopia has about 7 MW of geothermal generation. A report from groups including the Infrastructure Consortium for Africa and the United Nations Environment Program says East Africa has the potential for 20,000 MW of geothermal, and Kenya is far and away the leading source.

The country, which began developing geothermal power in the late 1970s, is part of a volcanic valley, and miles of pipes cross the landscape, carrying steam to power plants. Many of the pipes are elevated to enable vehicles to pass underneath, and to allow animals such as giraffes to travel unimpeded. About 47% of the country’s power today comes from geothermal, a total of about 630 MW, and about 400 MW of that has come online since 2014.

The country’s energy plan was developed with an eye toward servicing Kenya’s rapidly growing population, which today is about 49 million people, with expected growth to perhaps 90 million by 2050, according to the government—which also notes that only about 40% of the population has reliable electricity service. The country’s energy plan includes efforts to expand the national grid; Kenya Electricity Transmission Co. (Ketraco) said about 1,500 miles of new transmission lines are under construction, with plans for an additional 3,600 miles.