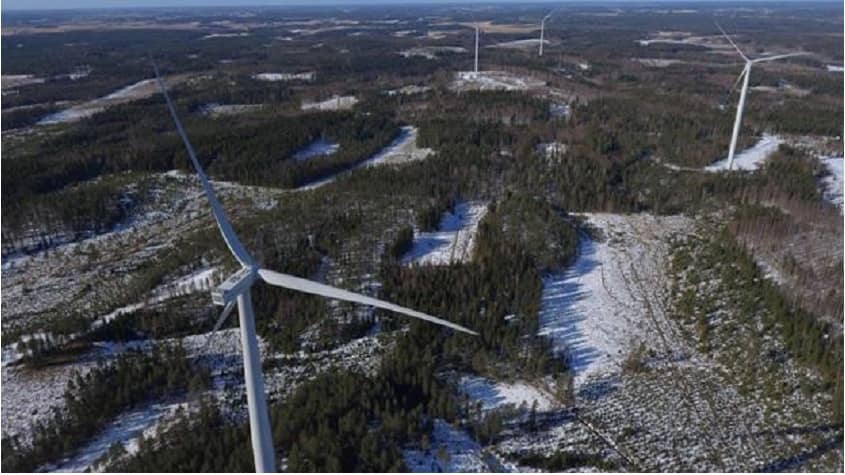 Falck Renewables, through its Swedish subsidiaries, has awarded the Nordex Group two contracts to supply in total 31 N131/3900 wind turbines and the associated civil and electrical infrastructure works on an EPC turn-key basis for the two Swedish projects “Aliden” and “Brattmyrliden”. Preliminary works have started with activity intensifying during 2018 and 2019 respectively. Commercial operations are expected in Q4 2019 at “Aliden” and Q4 2020 at “Brattmyrliden”.

The two wind farms are located in Västerbotten, around 100 kilometres west of Umea. The companies have chosen the latest stage available technology of Nordex suitable for these sites characterized by mean wind speeds of 7.6 – 7.8 m/s. The turbines, specifically designed for local site conditions, have a maximum rated capacity of 3.9 MW each and are on 134-metre towers with NR65.5 blades. The turbines are equipped with cold climate packages with the Nordex Anti-icing System installed on the rotor blades that allow the two wind farms to achieve an above-average net capacity factor of approximately 40%, expected to generate approximately 420 GWh of energy per year.

Toni Volpe, CEO of Falck Renewables declared: “We are very satisfied with this agreement with Nordex, a long standing partner for Falck. The terms and turbines of this contract are absolutely a prime example of how to optimize the technology choice and work cooperatively to reduce the LCOE of a windfarm. We look forward to the continuation of the works.”

About Falck Renewables S.p.A., listed in the STAR segment of the Italian Stock Exchange, develops, designs, builds and manages power production plants from renewable sources. With an installed capacity of 950 MW in 2017 (913 MW according to the IFRS 11 reclassification) produces more than two billion kwh per year in Italy, United Kingdom, Spain, France and USA, using wind, solar, biomass, and waste-to-energy technologies. The Group is also active in the service business where it manages over 1,700 MW of solar and wind assets and provides technical services across the world.”

About the Nordex Group
The Group has installed wind power capacity of more than 21 GW in over 25 markets, generating sales of EUR 3.4 billion in 2016. It currently has roughly 5,000 employees. The production network comprises plants in Germany, Spain, Brazil, the United States and India. The product range primarily concentrates on onshore turbines in the 1.5 – 4.5 MW class addressing the requirements of land constrained as well as grid constrained markets.