The two firms have secured loans of C$580m ($517m) for construction of the project from ten financial institutions.

The 180MW wind facility is situated at the township of Kincardine in Ontario, Canada. It will be equipped with 91 Siemens 2.3MW wind turbine towers and 273 blades.

Expected to be completed by the end of 2015, the plant will generate enough electricity to meet power requirements of around 70,000 Ontario households. Once operational, the facility will supply power to the Ontario Power Authority (OPA), under a 20-year power purchase agreement (PPA).

“This project further demonstrates the progress of the green energy investment agreement between Samsung and the Ontario Government and underscores the success of the Green Energy Act as part of the Province’s commitment to economic growth and environmental sustainability.”

Pattern Development CEO Mike Garland said: “We have now successfully financed and started construction on four wind projects in Ontario, totalling approximately 870 MW of wind power that has resulted in over $2.5 billion of new investment in the province.

“It will also create a community benefits fund that will support local initiatives in the community of Kincardine for decades to come.” 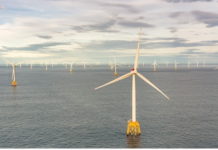