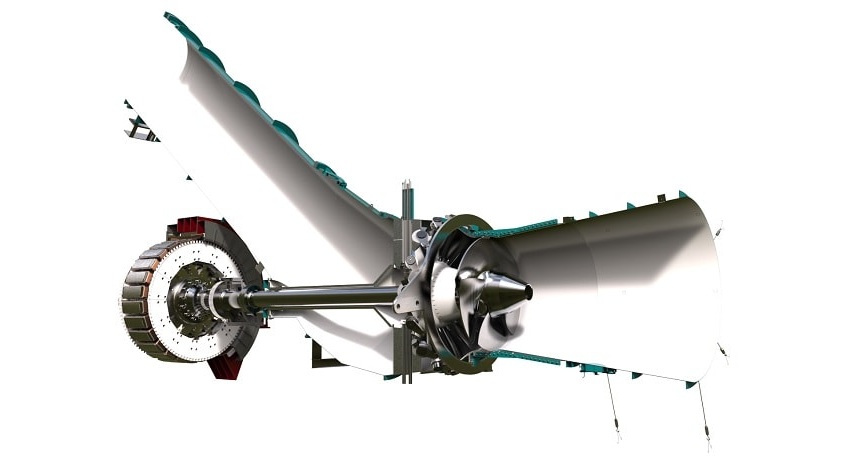 The Hydropower business of GE Renewable Energy has been selected by ATIAIA ENERGIA S.A to equip two Small Hydropower plants: Areado plant on Indaiá Grande river, and Bandeirante plant on Sucuriú river, both in Mato Grosso do Sul State in Brazil.

The project for Bandeirante plant includes the supply and installation of three 9.65MW power units made of a S-Kaplan turbine, a horizontal generator and a speed governor. The plant will have a total output of 28MW. The execution of the contract will take place until August 2019.

The project for Areado plant includes the supply and installation of two similar units. The plant will have a total output of 18.6MW. Its commissioning is due to be completed in September 2019.

Once fully commissioned, both plants will power the local industry and about 165,000 households.Atiaia Energia S.A chose GE’s horizontal S-Kaplan turbines because they are fully adapted to rivers with smaller falls and higher flows, while being compact and robust machines with low maintenance.

Mauro Cruz, General Manager for GE Renewable Energy’s Hydro business in Latin America, said, “We are extremely proud and honored to have been chosen by Atiaia Energia S.A for those two Small Hydropower plants contracts. GE has launched a complete new range of Small Hydropower solutions which benefit from GE’s unique experience in Large Hydropower and meet GE’s highest standards of quality, reliability and flexibility. Bandeirante and Areado plants will soon be Small Hydropower key references to showcase.”