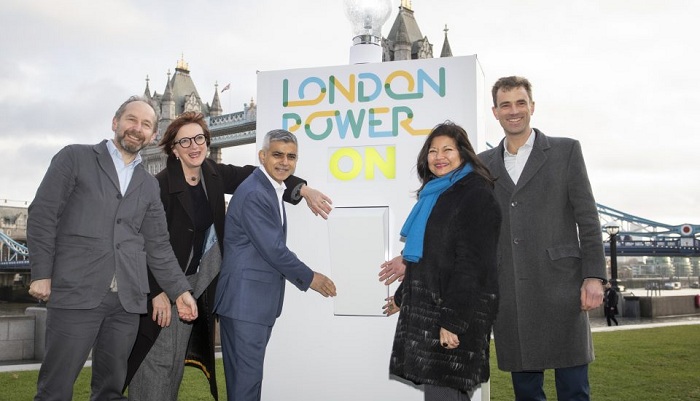 Mayor of London Sadiq Khan has announced via Twitter the launch of accessible energy company London Power in partnership with Octopus Energy. The partnership aims to combat London fuel poverty, where more than a million people live in households that cannot meet the cost of heating and power.

Khan said: “It is a disgrace that many Londoners pay too much to heat and light their homes, with more than a million living in fuel poverty. That’s why I’ve launched London Power – to give all Londoners access to a better, fairer deal.”

The company will offer competitive tariffs for both electricity and power, helping households save up to £298 a year while using renewable energy sources and reinvesting profits into community projects. London Power supports the mayor’s Zero Carbon London plan, which aims to reduce all carbon emissions by 2050.

“London Power is a different kind of energy company. For the first time we have a fair, affordable, green energy company specially designed for Londoners,” said Khan.

She said: “As public concern about climate change and fuel poverty levels are both on the rise, it’s excellent seeing London Power make the link and choose to both reinvest City Hall’s profits and appoint a 100% renewable power provider as part of the solution.”

Octopus Energy – launched in 2016 and recommended by Which?, the UK biggest independent consumer body – was chosen through a procurement process carried out by City Hall and Transport for London (TfL).

Octopus Energy co-founder and CFO Stuart Jackson said: “Octopus Energy has been at the forefront of affordable, fairly priced green energy since our inception four years ago.”

“We couldn’t be happier to launch London Power in partnership with the Mayor, to offer Londoners a good deal on planet-friendly power and to reinvest City Hall’s profits into community projects aimed at creating a more carbon-neutral city.”