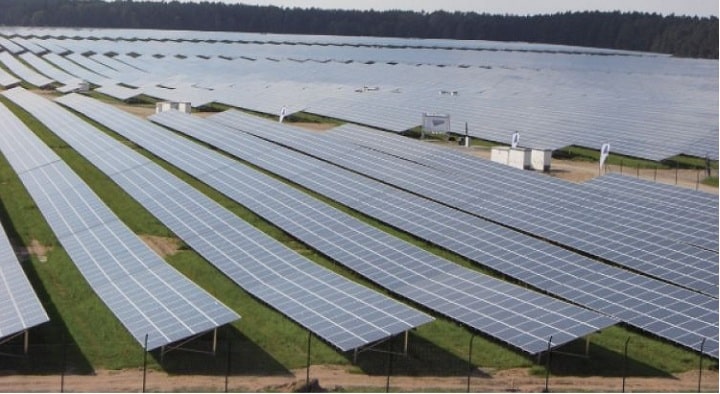 A massive renewables scale up by China to help it achieve its recently announced carbon neutrality pledge could see the country reach 4.2TW of solar capacity by 2050.

The research organisation predicts that solar and wind could account for as much as 74% of China’s generation capacity, requiring an investment of US$6.4 trillion over the next 30 years.

The more ambitious scenario included in the report – called ‘China’s Accelerated Decarbonization’ and produced alongside Bloomberg Philanthropies – sees electricity accounting for 53% of final energy consumption by 2050, some 92% of which is delivered by zero-carbon power sources such as solar and wind, with hydrogen-fuelled gas turbines providing balancing needs.

Following China’s pledge in September to have CO2 emissions peak before 2030 and achieve carbon neutrality before 2060, BNEF said the country’s yet-unknown pathway to carbon neutrality is “certain to disrupt the globe’s energy economy”. Indeed, it has already been followed by similar pledges from both Japan and South Korea.

The report states that China’s transition to a low-carbon economy “is not only possible but can be a driver of high-quality economic growth and prosperity”, said Ailun Yang, head of international climate and environment initiatives at Bloomberg Philanthropies.

With China’s energy demand and emissions both still rising and the country accounting for 28% of global emissions in 2018, the report says progress towards carbon neutrality “will be no small feat”. The renewables scale-up will require the right price signals to attract more and diverse investors, and new market designs to increase the efficiency of transition policies, according to BNEF.

“China should continue to make progress on its power market reforms to create conditions that are conducive to investment in renewables, and to the replacement of coal power generation by cleaner, innovative alternatives,” said Yvonne Yujing Liu, senior analyst at BloombergNEF.

While China’s solar and wind industries are already well established, the country is said to have the opportunity to use its own domestic market – as it has done with PV, battery and EV manufacturing – to achieve global leadership in areas such as electrolysers for hydrogen production.

Despite already having the lowest cost of electrolysers, BloombergNEF says China is starting to fall behind European countries that have been announcing aggressive plans for electrolyser deployment as part of their COVID-19 stimulus measures. The organisation calls on the country to consider policies supporting the use of hydrogen for sectors that are hard to decarbonise, such as steel and cement.