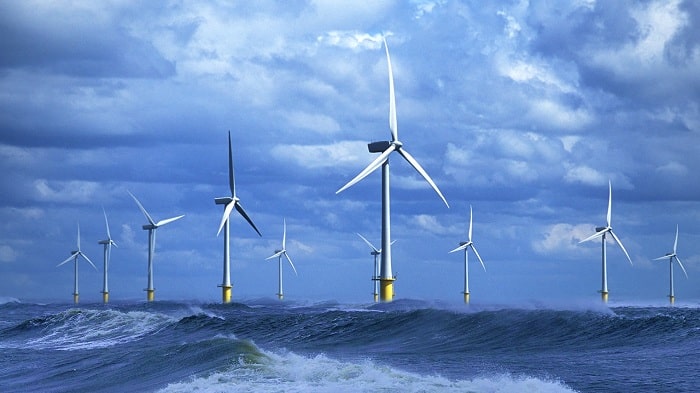 EIB has granted a EUR 450 million credit line to a consortium of EDF, Enbridge and wpd to co-finance the construction of 497 MW Fecamp offshore wind farm.

The European Investment Bank (EIB) has announced that it has granted a EUR 450 million credit line to a consortium made up of EDF Renouvelables, Enbridge and wpd to co-finance the construction of one of the largest offshore wind farm projects in France off the coast of Fécamp. This financing will be guaranteed by the European Fund for Strategic Investments, otherwise known as the Juncker Plan.

Totalling EUR 2 billion, the project involves the construction of 71 wind turbines located over 13 km off the French coast. It is scheduled to be brought into service in 2023 and will have a capacity of 497 MW, which is equivalent to the annual electricity consumption of 770 000 people. According to the promoters, the works will create over 1400 jobs in the local area for a period of three years plus around 100 permanent jobs in maintenance at the port of Fécamp.

The EU bank has recognised expertise in financing offshore wind turbines, having funded numerous operations in other EU countries such as Belgium, Germany, the United Kingdom and the Netherlands. However, this is the first such operation that it is financing in France, reinforcing the objectives set by its shareholders in November 2019 to make it the EU climate bank.
EDF, Enbridge & wpd Begin Construction at 500 MW Offshore Wind Farm
Also Read

“Financing this offshore wind farm off the coast of Fécamp is a major operation for the EIB and marks an important milestone for us as the EU climate bank,” said EIB Vice President Ambroise Fayolle. “Like other innovative projects that we are financing elsewhere in Europe, it consolidates our general expertise in fixed and floating offshore wind turbines.”

Recently, we had reported that the three firms in EDF Renewables, a subsidiary of the EDF Group, Enbridge, a leading energy infrastructure company in North America, and wpd, a European renewable energy company, had announced the launch of the Fécamp offshore wind farm following the finalisation of financing agreements between the consortium and its financial partners during the weekend.